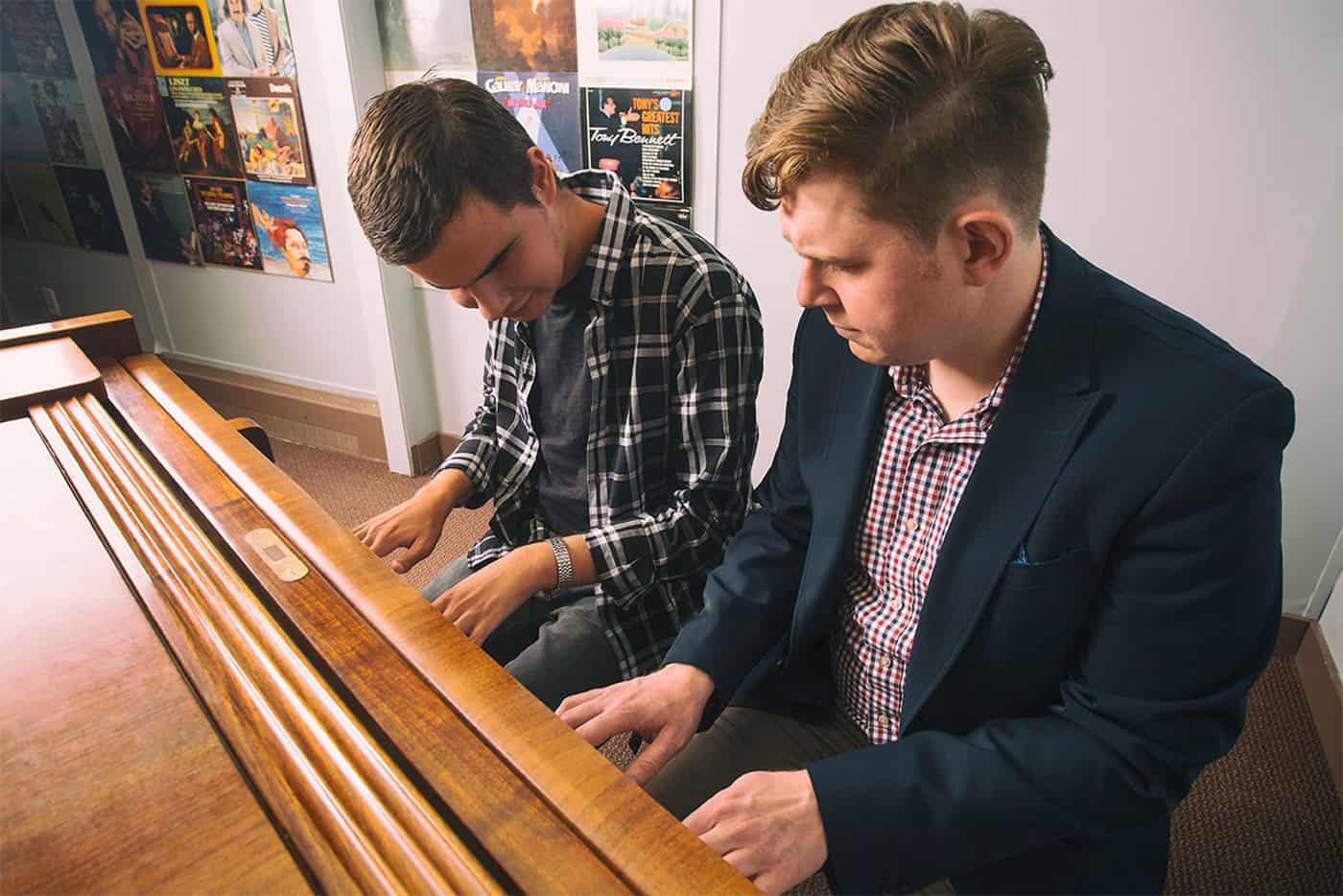 Passing the Grade 8 Royal Conservatory Exam in piano is a big deal and meaningful accomplishment for any one. It’s a different story when your student is blind. It’s like the Oilers making the playoffs, it’s a rare occurrence. It’s also very special when it does happen though.

The RCM credential is recognized in commonwealth countries and is the gateway for many musicians in getting introductory teaching jobs at music school academies. Most students quit at Grade 6 RCM, because that’s when it starts to become real work and they have to practice.

One of the questions on people’s minds when I tell them this great achievement is that they say, what’s the big deal? “He’s blind.” “He has elevated hearing senses.” In theory, this is a wonderful anecdote. When people think of blind musicians they think of the following: Ray Charles; Stevie Wonder; Marcus Roberts; George Shearing; and Gordon Mote as inspiration. So there’s a handful of people you can name. That’s pretty much our whole sample list for pianists.

However, it’s even rarer to see blind musicians in classical music. Why? There are different demands in classical music. Just like in sports, there are levels in music. All music is not equal.  There are tactile, physical components and sight components in classical music. Mastering fingering, body movements, etc. are very difficult at top levels. There is also the issue of sight reading. Classical players are obsessed with being able to read the notes immediately. This is what gives them jobs in auditions and this skill makes them more profitable. We have to make up for this issue with an even higher developed ear.

Liam does not read braille music. Surprising, right? So we learn everything by ear: NOTE BY NOTE. One of the techniques we’ve pioneered in learning music and in particular for classical music is “ghosting” the movements so we can get the sound and result we want. It is amazing and highly effective.

Liam Royer is 24 and has been my student for 9 years. To say he has a good ear is an understatement. He can pick up any song you hear on the radio and play it back to you almost instantly. Somehow because he is blind, that is expected of him. There are plenty of visually impaired and blind people that struggle with this skill. Most professional musicians I will tell you struggle with this skill.

This story is meaningful and it’s a feel good story. It’s like a Rocky story, except with man vs music. This achievement is probably not a big deal to him because he just does what he does. He’s in it for the music and he competes at a very high level with the best of them.

In fact, he’s sometimes quite lazy. He’s got his shows, Netflix, a life, he tells me he’s quite busy and doesn’t always have time to practice, ha ha. Even though it may not be a big deal to Liam and he may not think he is an inspiration (or want to be) but he is. He is to me. This experience changed how I teach and inspired me to be a better teacher as well.

Enjoy this clip from Liam Royer and Jan Janovsky on CBC’s Radio Active.